TICKETS ON SALE FOR INAURGRAL FIA WORLD RALLYCROSS CHAMPIONSHIP IN ABU DHABI
Abu Dhabi to stage opening race of 2019 Rallycross season – a first for motorsports
in the Middle East
Full weekend of racing and off-track entertainment for fans and families, including live music,
F&B and pit walks

Tickets are on sale now for the opening race of the thrilling 11-round series, the first time a championship race has taken place in the Middle East.

In another exciting and dramatic first for Yas Marina Circuit, the 2019 FIA WORLD RALLYCROSS CHAMPIONSHIP will feature the first-ever night race, with cars tackling the circuit’s custom built track under the floodlights.

Held over the weekend of April 5th to 6th 2019, Yas Marina Circuit’s hosting of the international Championship is a further boost to its credentials as the ‘Meeting Place of Champions’.

Some of the world’s most talented drivers will compete for glory across the Championship’s thrilling Supercar and RX2 classes that feature a range of powerful, highly modified and super fast versions of regular production cars.

Two-day (Friday and Saturday) tickets include will include the best in on-track, off-track and after-race action with practice and qualification sessions as well as the final thrilling race day and supporting races. Fans can also take part in all-access public pitlane walk and specially created Rallycross experiences.

Families can make the most out of their time on Yas Island by opting for the ever-popular X-Parks Pass when purchasing their tickets for the FIA WORLD RALLYCROSS CHAMPIONSHIP. The exclusive tickets provide access to Yas Marina Circuit as well as unlimited access to Ferrari World Abu Dhabi, Yas Water World, or Warner Bros World Abu Dhabi from Thursday to Sunday.

Weekend tickets are priced from AED 395 for North Grandstand general admission, AED 595 for the North Club Lounge and AED 1,495 for Yas Central Hospitality.

As part of a packed weekend, Yas Marina Circuit will be transformed into a festival of on- and off-track entertainment, with family-friendly F&B activations, go-kart challenges, driver meet-and-greets, live music and shows by local musicians and entertainers, plus a Friday after-race concert exclusively for ticket holders.  More details on the after-race concert will be announced soon.

The roaring start to the FIA WORLD RALLYCROSS CHAMPIONSHIP season is supported by key stakeholders Yas Island, the Abu Dhabi Department for Culture and Tourism, and the Abu Dhabi Sports Council.

Al Tareq Al Ameri, CEO of Yas Marina Circuit, said: “The FIA WORLD RALLYCROSS CHAMPIONSHIP is an exciting addition to Yas Marina Circuit’s motorsport & entertainment calendar and it’s great news for fans in the UAE and around the region.

“Rallycross is an exhilarating championship that spans the globe. Yas Marina Circuit’s hosting of the opening race of the 2019 season a fantastic endorsement of Abu Dhabi’s standing as one of the best locations for motorsports in the world.

“This will be the first time the FIA WORLD RALLYCROSS CHAMPIONSHIP has been held in the Middle East, so fans can expect a weekend packed full of on-track, off-track and after-race entertainment with a huge range of activities, F&B options and live events for the whole family to enjoy.”

About Yas Marina Circuit
Yas Marina Circuit is the United Arab Emirates’ most exciting sporting and entertainment multi-purpose venue.  Located on Yas Island, Abu Dhabi, the circuit is home to the annual FORMULA 1 ETIHAD AIRWAYS ABU DHABI GRAND PRIX and much more.  In addition to the extensive year-round program of professional and grassroots motorsport events and experiences including Drag and Yas Track Nights, the circuit has emerged as a thriving hub for entertainment and community events in the UAE. As the region’s most technologically advanced facility, the circuit is also a leading MICE venue, regularly hosting a diverse range of corporate meetings, conferences and events.  Whether you want to experience the thrill of karting at our Kartzone, driving an Aston Martin GT4 at over 200km/hour on an F1 circuit, work towards your racing license at the Yas Racing School, get fit at StartYAS, TrainYas or GoYas, participate in one of our many sporting events, or simply catch up with friends at Yas Central, Yas Marina Circuit truly is The Meeting Place of Champions. 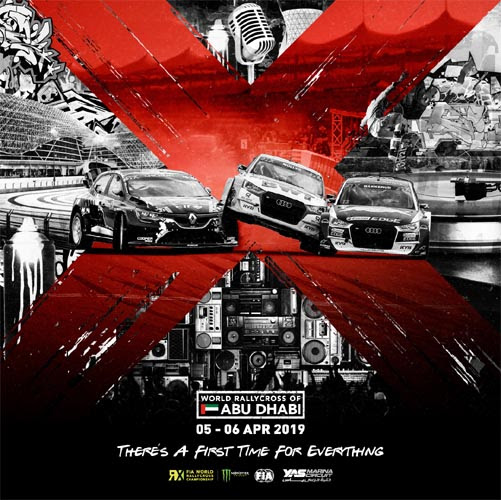